Rainfall and evaporation within our region were closely monitored between 2006 and 2009. Four sites were surveyed collecting daily rainfall data from the site gauge, pan evaporation generated from modelled estimate and temperature was recorded from the nearest official weather station to each site. 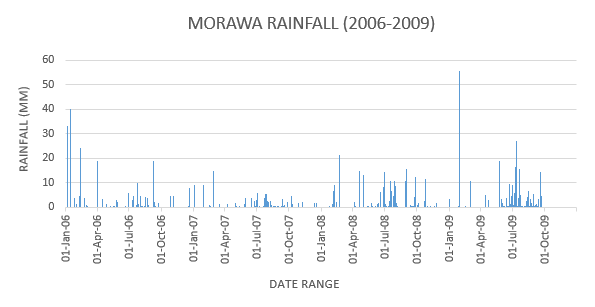 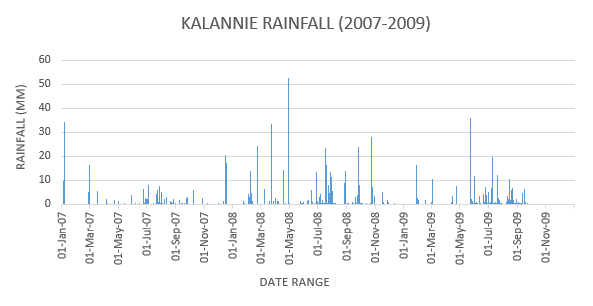 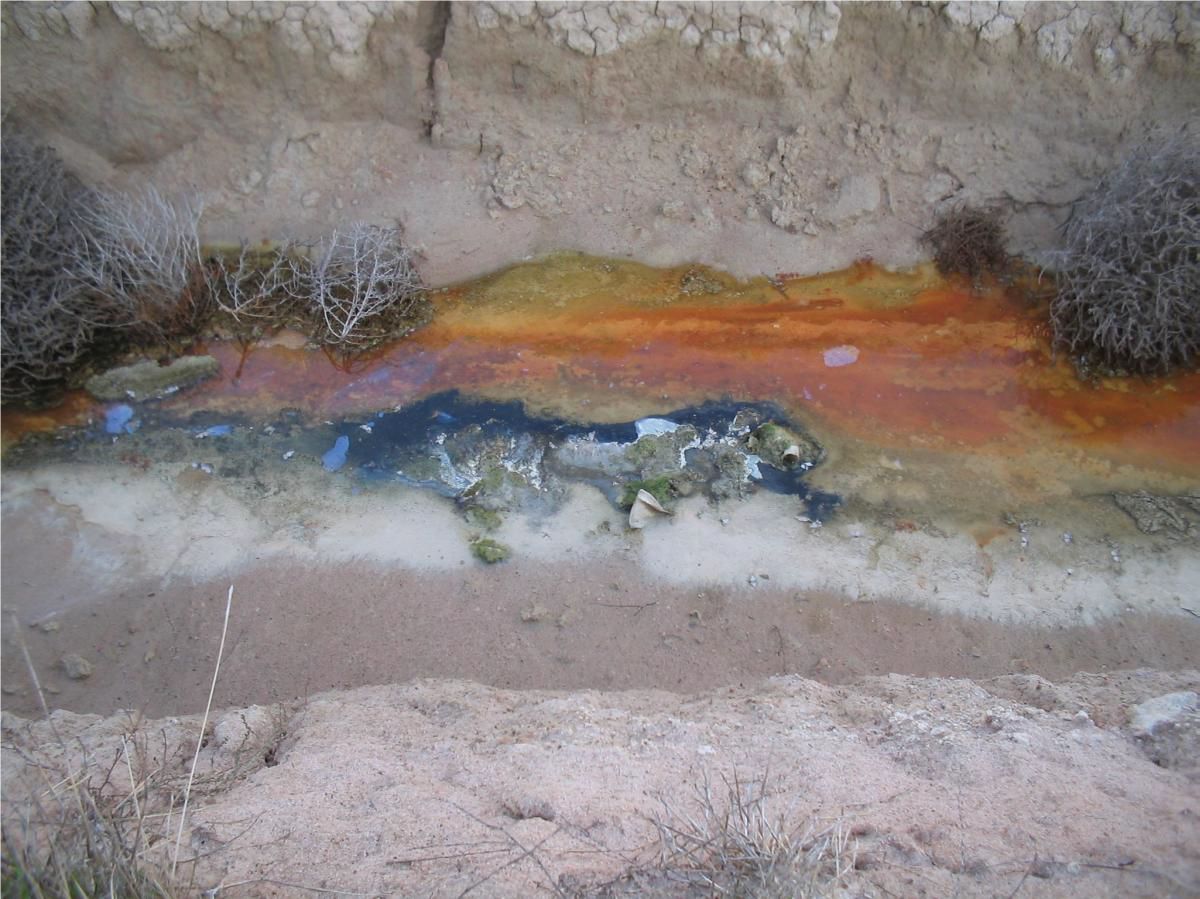 When conducted there were no published account of geochemistry and mineralogy of precipitates in Western Australian drainage systems. However, there were reports of high concerntrations of heavy metals and rare earths in drain discharge, raising concerns about the potential for pollution in ‘downstream’ wetlands.
This concern seemed to have developed from the recognition that acid groundwater is widespread in the southwest of Western Australia.

A group led by the Co-Operative Research Centre for Landscape Environments and Mineral Exploration and including the WA Department of Agriculture (now Dept. Primary Industries & Regional Development) and the WA Department of Environment (now Dept. Water & Environmental Regulation) researched this heavy metal issue in relation to the Engineering Evaluation Initiative (EEI).
Although this study focused largely on the Avon Catchment, the the request of the YYCMG the study was expanded to include parts of the Yarra Yarra Catchment.

The YYCMG identified examples of each of these types of precipitates in existing drains in the Yarra Yarra Catchment. In addition, some drain wall crusts of carbonate (e.g. lime), sulphate (e.g. gypsum) and halide (e.g. salt) are known from other studies to contain trace concentrations of metals as impurities.

Samples from Yarra Yarra, as well as other parts of the wheatbelt were examined by an independent group at the University of Western Australia.
Preliminary mineralogical studies demonstrated that some of the host substrates were hydrous or amorphous species. Meaning that they had no well-defined crystalline structure, but instead a have a temporary and precarious existence which is dependent on the immediate surrounding environmental conditions (e.g. temperature, humidity, acidity and/or oxygenation).
Amorphous phases are unstable and can change chemically (releasing whatever trace elements they include) to form stable minerals.
Many of these minerals, such as oxides, are relatively stable in rainwater, but become soluble (along with their cargo of metals) under strongly acidic conditions.

The more detailed knowledge of the chemistry of drain water and precipitates gained from this survey allowed us to devise effective management strategies and helped plan for problems which arose from the composition of drain sediments.

Another research finding which had management implications was that many of the minerals known to contain metals have specific oxygenation requirements.

In 2008 the YYCMG worked with Wetland Research & Management to survey aquatic invertebrates in the region and report on ‘Assessing the Effects of Deep Drains on the Ecological Health of the Yarra Yarra Playas and Wetlands’.

The objective of this project was to assess the effects of deep drainage on the ecological health at the proposed construction sites within the Yarra Yarra Catchment.

If you would like to view the findings and read the full report please click on the link below.

Assessments were achieved by comparing the condition and health of water samples, and macro/micro invertebrate samples collected from controlled reference sites with those collected from exposed sites of interest.
A total of twenty-four sites were surveyed, split into four groups; i) drain exposure, ii) control, iii) acidic/near-neautral, or iv) slightly alkaline.

The report concluded that the Yarra Yarra region continues to support a moderately rich ecosystem of aquatic invertebrates, similar to other wheatbelt environments – despite salinification and acidification of the region.
To the best of our knowledge there is no threat to aquatic invertebrate communities from the installation of deep drainage. 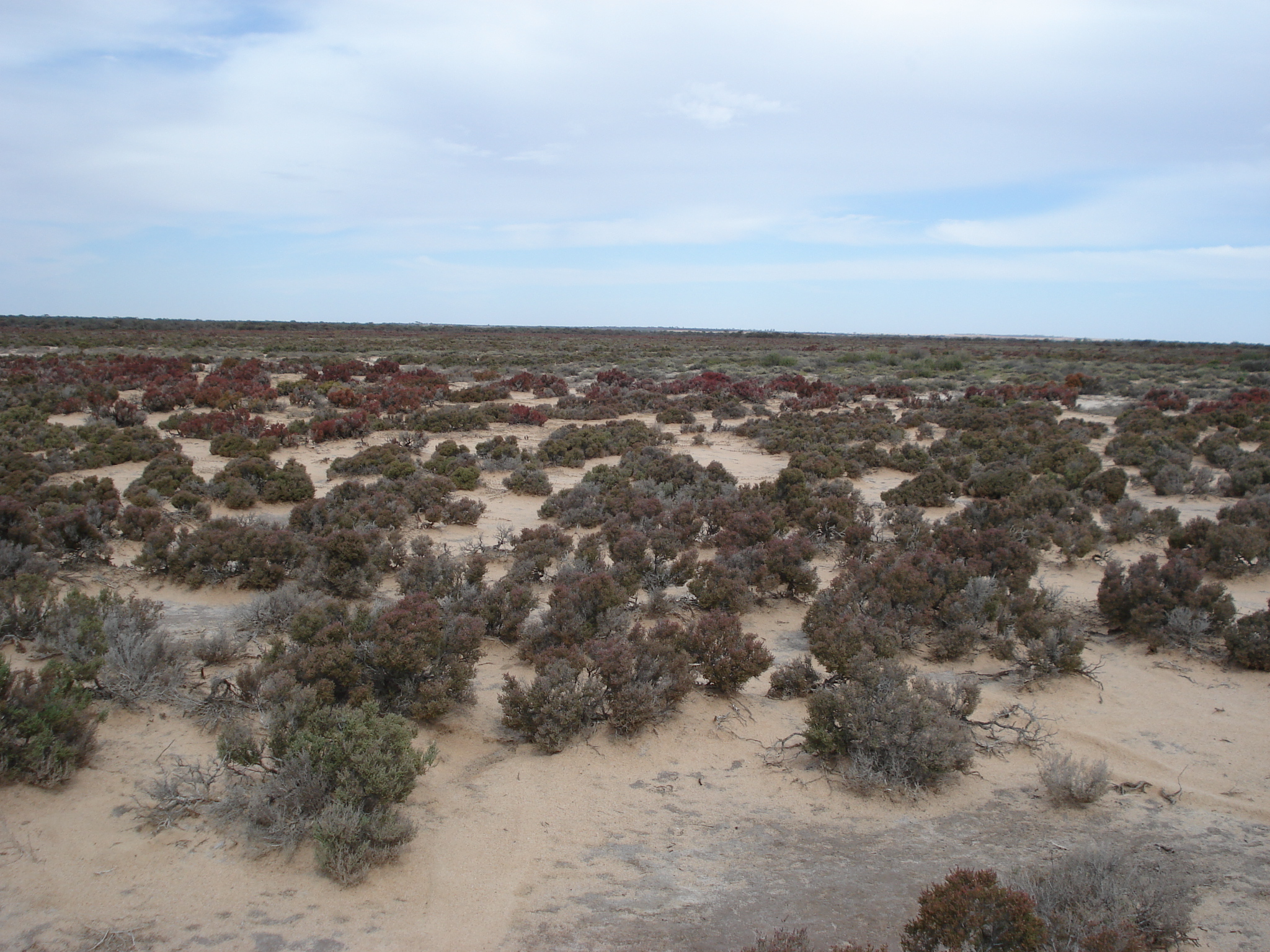 Before the deep drain project began wetland vegetation surveys were conducted annually – with baseline survey results generated prior to construction.
Surveys recorded the growth patterns of vegetation along the transect line, including community composition and species identification, percentage of cover, height of vegetation and layering of vegetation.
The topographic features (e.g. depressions, crests, slope) and soil profiles were also identified and recorded.

These baseline surveys were able to identify no observed changes to vegetation which could be ascribed unequivocally to groundwater discharge.If discharge is affecting the vegetation then its influence is more subtle than originally anticipated, and would only be evident through rigorous statistical analysis.